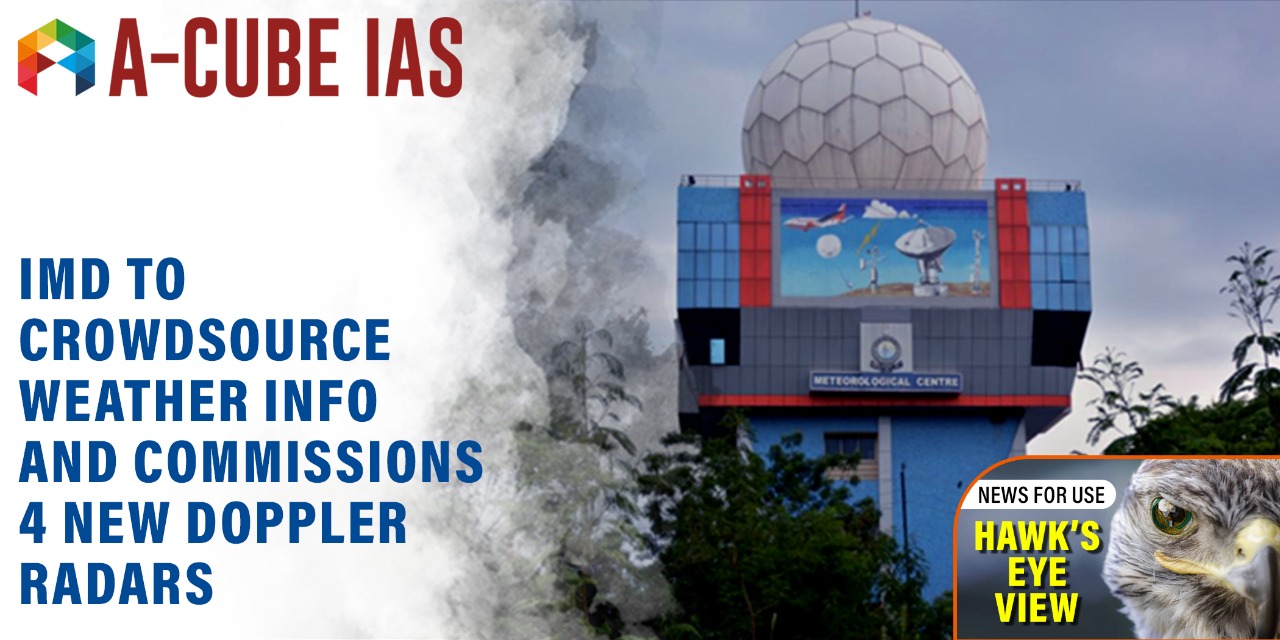 Current Affairs for UPSC IAS
Why this news is important?
How it is important for the Civil Services Examination:
Headlines in the Leading Newspapers:
Relevance with syllabus of Civil Services Examination:
What is the Theme?
Previous Years' Questions
Prelims:
CSE 2002
Consider the following statements:
Which of these statements are correct?
(a) 1 and 2
(b) 1 and 3
(c) 2 and 4
(d) 3 and 4
Mains:
CSE 2009
Question can be expected on:
Gist of the NEWS:
Crowdsourcing weather information
IMD commissions 4 new doppler radars in Leh, Delhi, Mumbai & Chennai
Doppler Radars

A Roadmap to scale up ‘Natural Farming’ by NITI Aayog