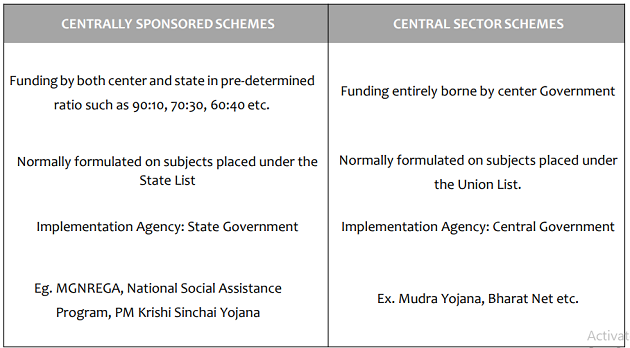 Why Government of India is axing the Centrally Sponsored Schemes? Conclusion: Different ongoing schemes will be co-terminated with the cycle of Finance Commissions, the third-party evaluation of all CSSs should be completed within a stipulated timeframe. The funding pattern of the CSSs should be fixed upfront in a transparent manner and should be kept stable.