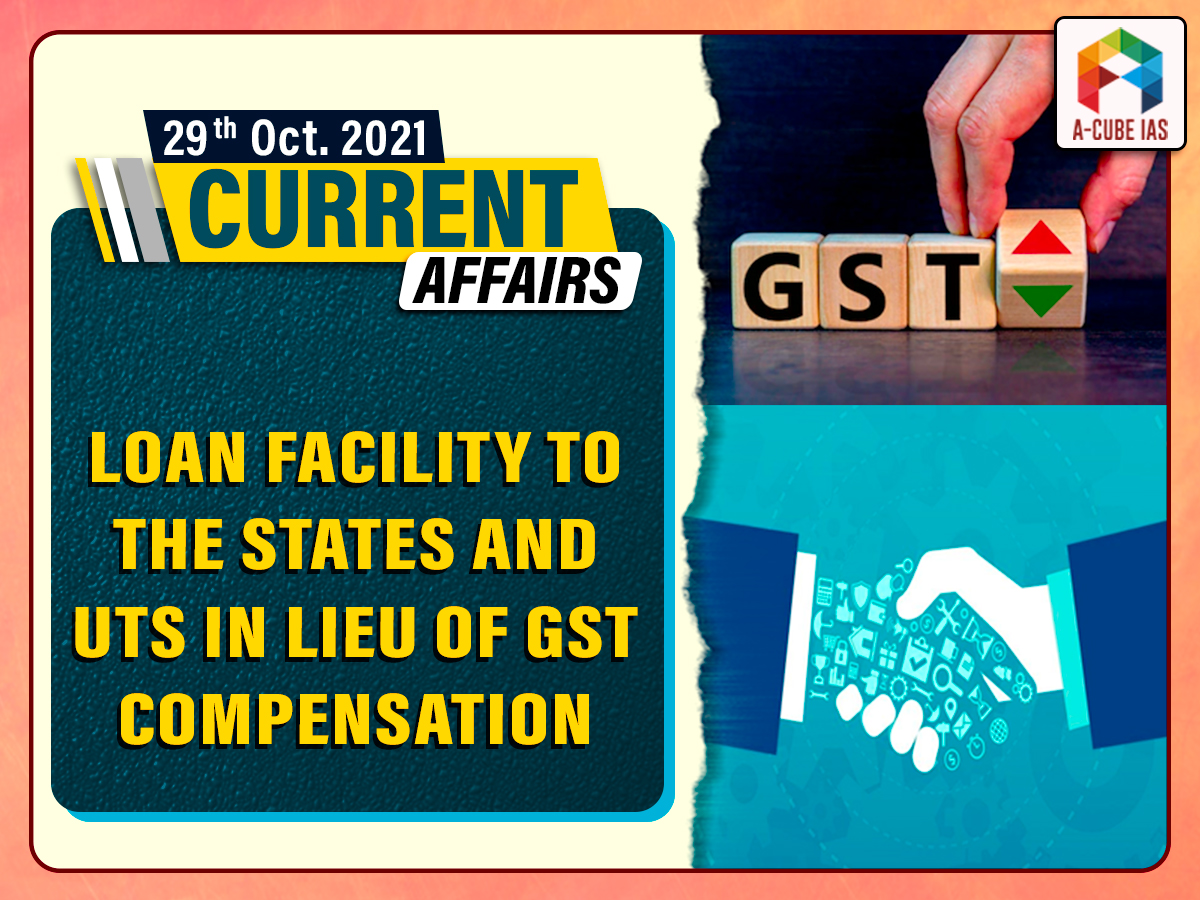 Why in news:
The Finance Ministry has released Rs. 44,000 crore to the States and UTs with Legislature under the back-to-back loan facility in lieu of GST Compensation.

Key Points:
After taking into account earlier release of Rs. 1,15,000 crore (Rs. 75,000 crore released on 15th July, 2021 and Rs. 40,000 crore released on 07th October, 2021), total amount released in the current financial year as back-to-back loan in-lieu of GST compensation is Rs. 1,59,000 crore.
This release is in addition to normal GST compensation being released every 2 months out of actual cess collection.
Subsequent to the 43rd GST Council Meeting held on 28.05.2021, it was decided that the Central Government would borrow Rs. 1.59 lakh crore and release it to States and UTs with Legislature on a back-to-back basis to meet the resource gap due to the short release of Compensation on account of inadequate amount in the Compensation Fund. This amount is as per the principles adopted for a similar facility in FY 2020-21, where an amount of Rs. 1.10 lakh crore was released to States under a similar arrangement.

How will it impact Government of India’s Borrowing Program?
The release of Rs. 44,000 crore being made now is funded from borrowings of Government of India in 5-year securities issued in the current financial year, at a Weighted Average Yield of 5.69%. No additional market borrowing by Central Government is envisaged on account of this release.
It is expected that this release will help the States/UTs in planning their public expenditure among other things, for improving, health infrastructure and taking up infrastructure projects.
(Rs. in crore)