Context of News:-   UNCLOS- (United Nations Convention on the Law of the Sea)- About South china Sea-
Tensions in the South China Sea have risen sharply in recent times, especially in the past few years, given the general deterioration in the relations between the US and China. 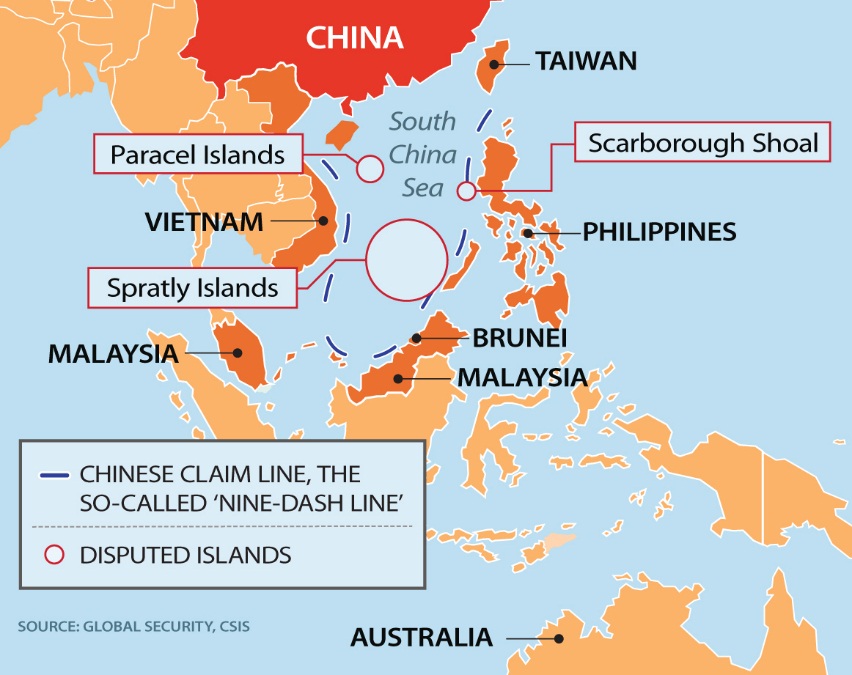